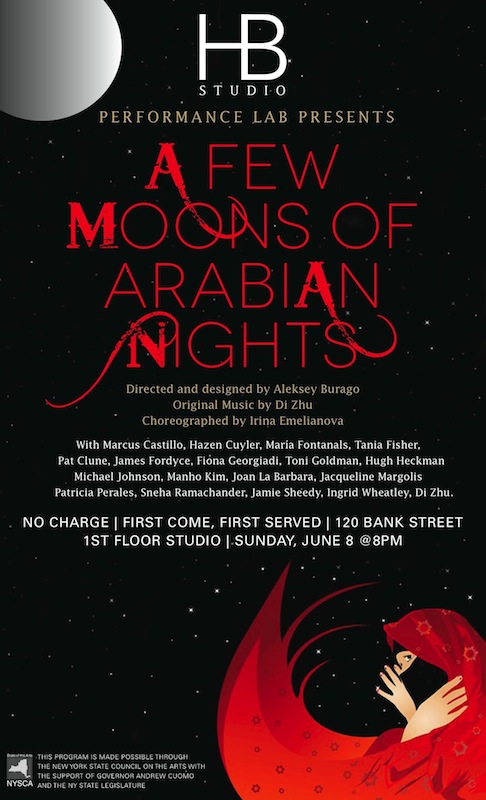 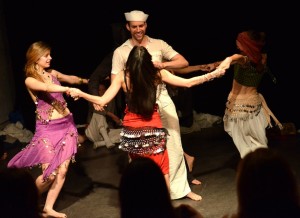 A Few Moons of Arabian Nights is a collection of West and South Asian stories and folk tales compiled in Arabic during the Islamic Golden Age. It is often known in English as the Arabian Nights, from the first English language edition (1706), which rendered the title as The Arabian Nights’ Entertainment. The stories proceed from this original tale; some are framed within other tales, while others begin and end of their own accord. Some editions contain only a few hundred nights, while others include 1,001 or more. The bulk of the text is in prose, although verse is occasionally used to express heightened emotion, and for songs and riddles. Sexual imagery does indeed dominate the Arabian Nights, to an extent that may disconcert some readers. The frame sets up the beautiful, unfaithful woman explicitly: ‘Shahriyar, a mythical king in ancient times, on discovering his wife’s infidelity with a kitchen servant, had the wife put to death and, from that time on, fearing further sexual betrayal, he took virgins to his bed for one night only, invariably having them beheaded on the following morning. After this deflowering and slaughtering had gone on for some time, the vizier’s daughter, Sheherezade, volunteered herself.’ Mistress of cliff-hanging narrative and delayed climaxes, she told the king an unfinished story: ‘The following night, the story continued, but it did not conclude. Instead Sheherezade began another story, inset within the first one, and broke off this story also unfinished as dawn was breaking. And so things continued for several years . . . with Sheherezade, night by night, talking for her life’ – and mimicking all the repeated rhythmical pleasures of an orgasm, a jouissance which the Nights generously offers to all its readers.

Some of the stories which were played were Massud, The Fisherman&The Genie, Three Sisters and a thousand more!

Maria plays the roles of Scheherazade and The Fisherman. 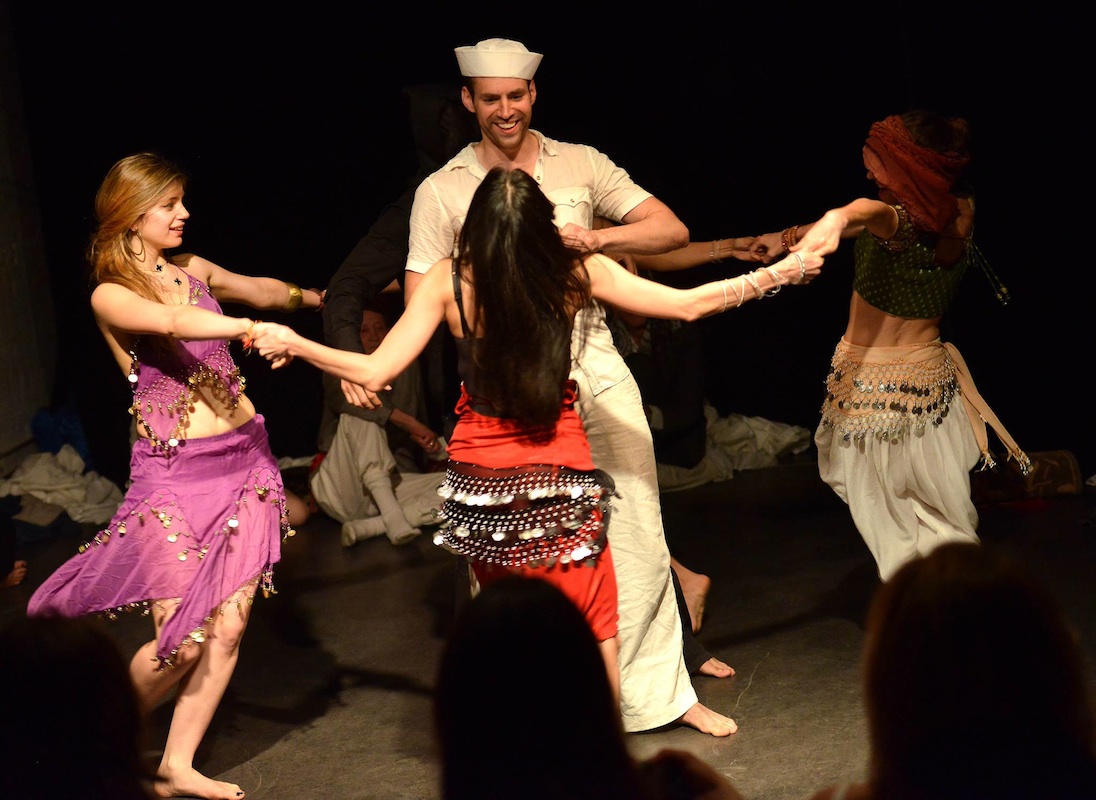 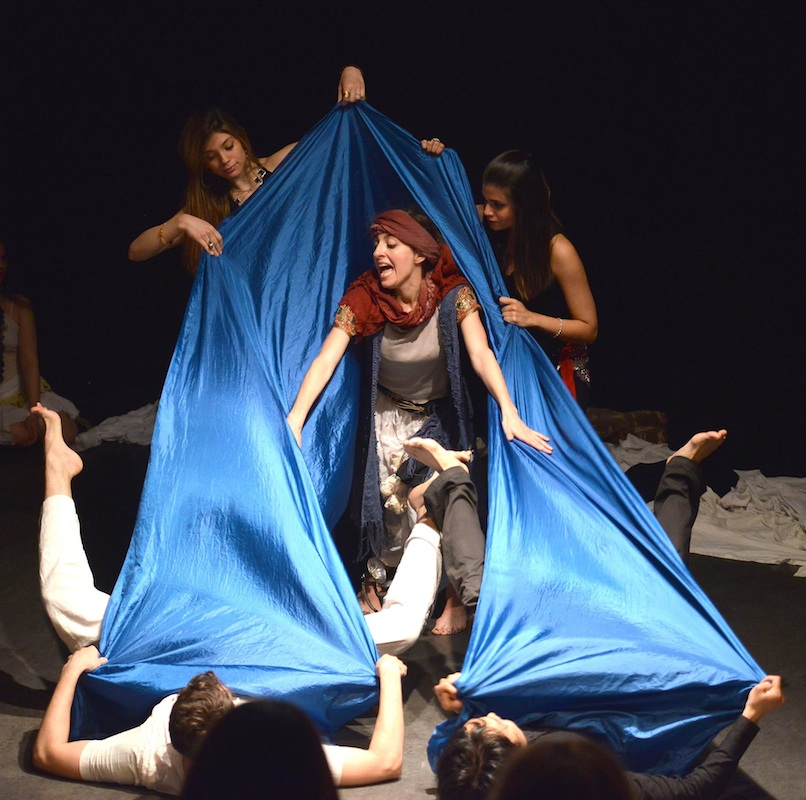 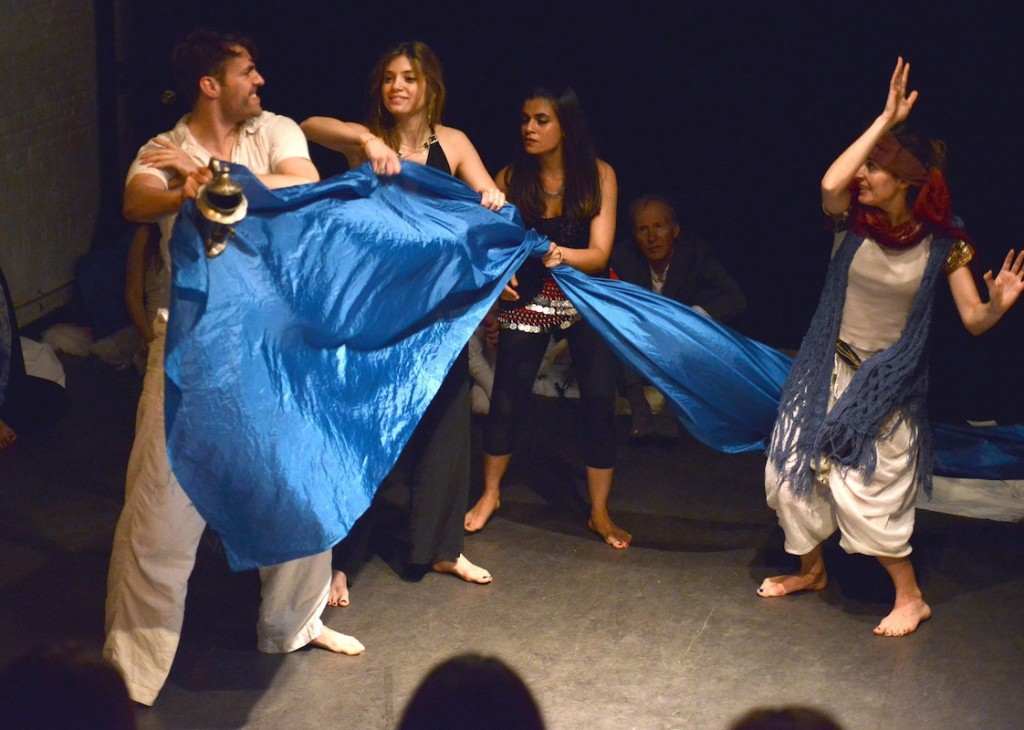 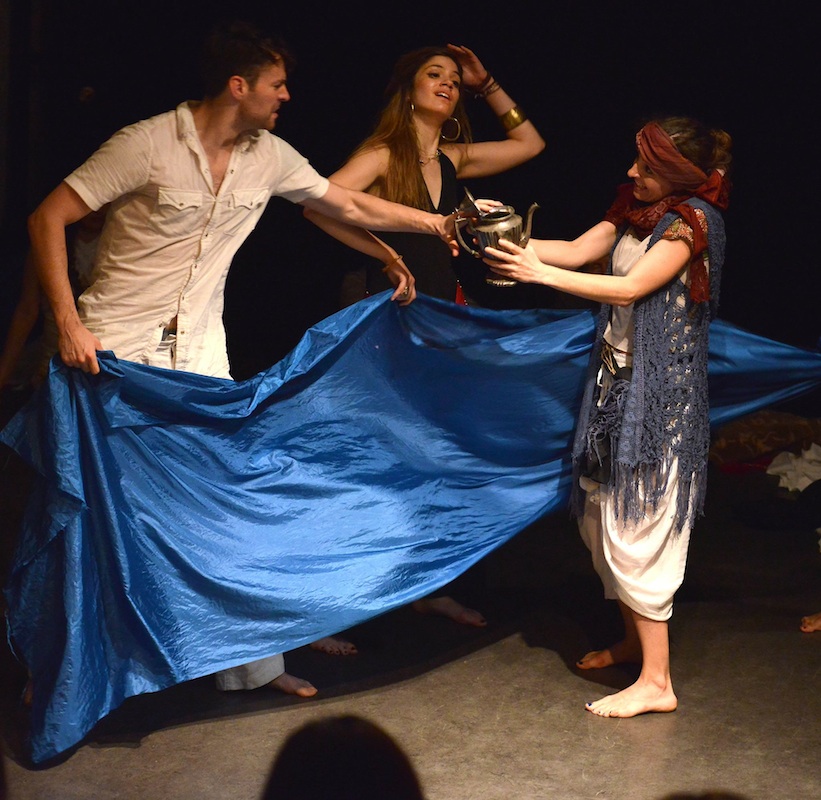 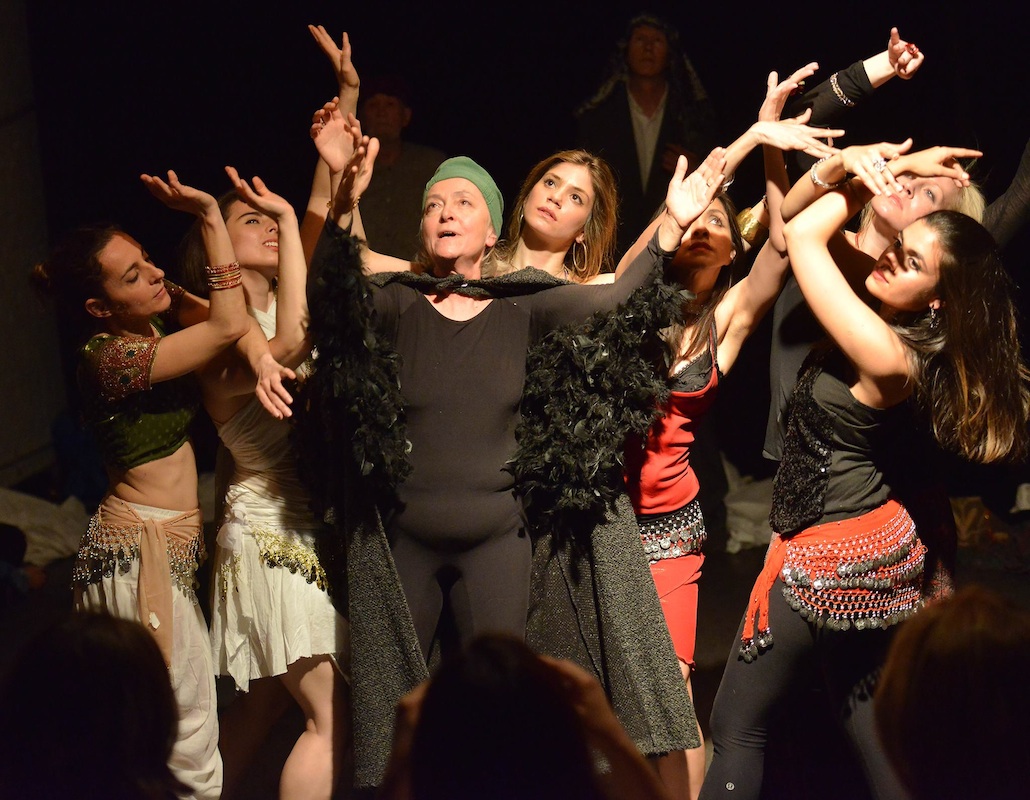 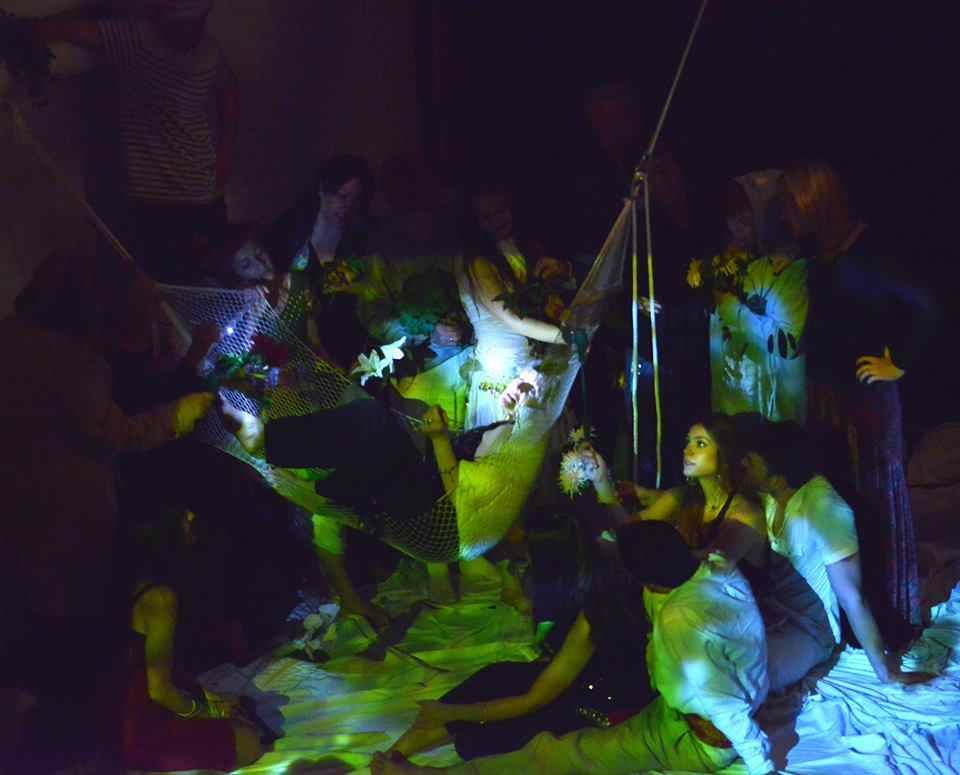