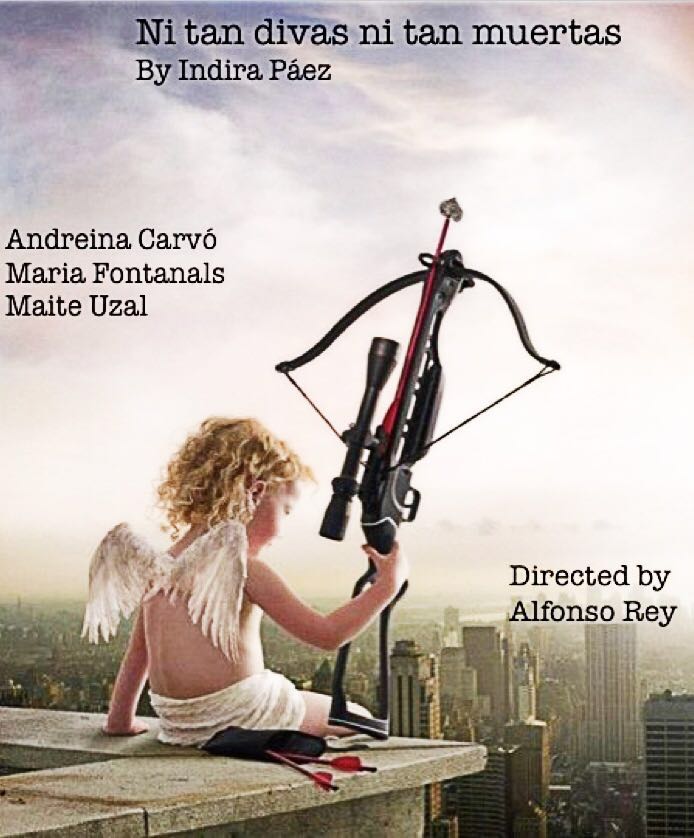 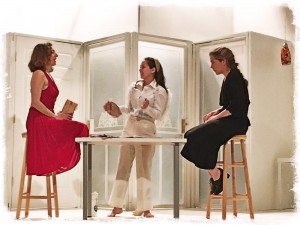 Ni tan divas ni tan muertas, Carlota is an actress, a diva, an adventurous soul and a free spirit. Aurora, her mother, is the opposite, she is a housewife, repressed and with a soul full of guilt. They hate and love each other. Both death. Carlota just died, Aurora died twenty years ago. They have not seen each other for twenty years. The reunite will take place in a very special place: the heaven. The past between mother and daughter will unfold in a very tragicomic way!

Maria plays the role of Carlota.

This play was premiered in the VI Hispanic Theatre Festival on 16th June 2016.